Publishing has changed forever, and it is time the industry ended the bias to the big traditional publishers 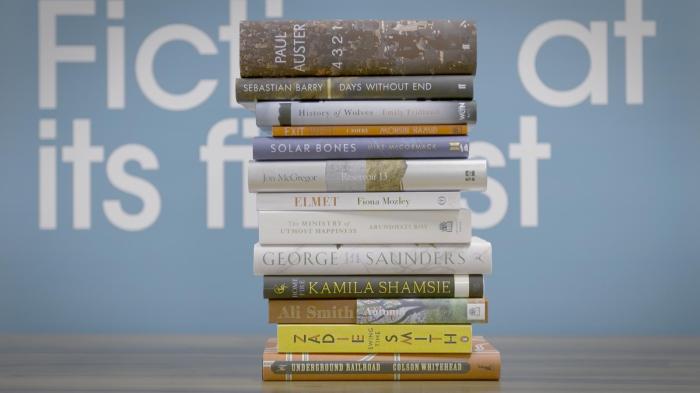 I was busy writing yesterday afternoon, once again staring into the abyss as I tried to sort a particularly tricky chapter of my sequel to Kingmaker, when I had an unexpected phone call from Rob, a Producer at BBC Radio Leicester who I have worked with previously. One thing led to another and I ended up being a call-in guest on the Breakfast Show with Jim and Jo this morning, talking about why self-published authors should be eligible for entry to the MAN Booker Prize for Fiction. Sadly the interview was over in a flash, so I thought you might enjoy some of my further thoughts on the subject.

Firstly, I support the Man Booker prize and what it stands for. I would never ask for it to be dumbed-down or changed to accommodate poor works of fiction. The Man Booker is there to represent the very best in our craft, and long may it do so.

However, I do have one major criticism of it that is echoed by many modern authors and readers. Publishing has had a revolution in recent years as the old domination of the big traditional publishers have been rapidly eroded by the explosive growth of independent authors and self-publishing. Many old publishers have fallen by the wayside or become so small in output that they are terrified of taking a risk on any author that isn’t a sure-thing. At the same time self-published works have not only grown in quantity but also, more importantly, in quality.

Nobody should ever spend their hard-earned cash on a book only to find that it is shoddily assembled with hundreds of typo mistakes and a weak story-line. Not only must the indy author be an accomplished writer with a great story to tell (and tell it well), but they must also offer a polished and quality product on-par with the traditional publishers. This can be achieved by fully outsourcing the clever bits to a one-stop shop or else cherry picking those specialist services that the author requires. When I was writing Kingmaker I knew that a professional cover and a quality editor were the key elements needed to achieve my goal – let’s face it: all traditional publishers will outsource cover design and editors anyway, so the indy author can just tap into that already established supply chain and achieve the same standards. Most modern self-published books are now of a high quality, comparable to that many traditional publishing houses. The reader doesn’t need to know if the publisher has one employee or a million, as long as the product has the quality that they expect.

Also of importance is distribution and price. Even self-published authors can now get the same distribution as traditional publishers, either as ebooks (the key part of the market for the indy author, accounting for 80% of sales) or as paperbacks. Self publishing platfors such as Amazon’s KDP and sister company Createspace, plus Barnes and Noble, Smashwords, Lulu and Ingram’s Lightning Source have all enabled the indy author to supply books through the normal retail channels, and by using an ISBN can be ordered by local bookshops from companies such as Ingram, or bought at the click of a button online.

Price is also a factor, as the indy author can often undercut the larger publisher and offer their work at a lower price point than a book that has to pay for hundreds of people in the supply chain. The reader is therefore able to take a calculated risk on a new author and not be left considerably out of pocket if they don’t like it.  A 99p / 99 cent ebook is a tempting offer for the voracious reader.

So why take a punt on a new author in the first place? Well the reader isn’t sent blindly out into the world, stumbling through endless piles of paperbacks and Kindles. No, thanks to companies like Amazon and Goodreads, plus the numerous excellent book blogs out there, the reader can now see the star score of a book that interests them and read the the review of someone who has already read it. Surely this is a far better way to select a book than fumbling in a bookstore (or even worse, supermarket) and choosing a book simply because the big publisher got in there first? After all, there are self-published books on Amazon and Goodreads with higher reader ratings than many from the big publishers.

REMOVING THE STIGMA OF SELF-PUBLISHING

Self-publishing has traditionally been seen as the poor relation of traditional publishing, a product mired in accusations of the vanity press and sub-standard works, however even this is based on a fallacy.

There are numerous well-known and highly popular authors who, at some time or another, have dipped their toe in the self publishing market or started out indy before they hit the big time.

The root of this is that publishers nowadays often refuse to even consider a book manuscript sent directly, and now most demand that the few literary agents act as the gatekeeper and only send them works that they see fit. This is a dangerous strategy, as the personal whim of an agent’s reader has to make a split decision on a work based on the first few chapters when they are inundated with a huge submissions pile and are only taking on a handful of new authors per year. Even the best authors get turned down and are in danger of giving up all together if they receive too many rejections, and even if they do get an agent to accept them then they still need to find a publisher willing to stake their business plan on a new product. Sometimes agents and publishers use people on work experience as their readers – hardly a qualified and experienced eye, wouldn’t you agree? How may good books never got published because a reader just didn’t like their style?

The list of author’s who got turned down is endless: Harry Potter author J.K.Rowling was famously turned down by twelve publishing houses; Joseph Heller’ Catch 22 was turned down a spooky 22 times; children’s favourite Dr Seuss was turned down 24 times; Louis L’Amour another 200; whilst Jack London had 600 rejections before his first story was published and poor John Creesy had a phenomenal 774 refusals before selling his first story (he went on to write 564 books so he couldn’t have been bad).

The list of self-published authors is also staggering. Beatrix Potter had to self-publish The Tale of Peter Rabbit after it was turned down.  Global superstar authors like John Grisham, Stephen King and Tom Clancy all got involved in self-publishing at some point of their early careers, as did Mark Twain, Walt Whitman, Henry David Thoreau, Alexandre Dumas and Marcel Proust! Even teen sensation Christopher Paolini had to self-publish his first book Eragon and since being taken up by a “proper” publisher has gone on to sell over 33.5 million copies.

There are a handful of self-published authors who have gone on to sell huge numbers. Rachel Abbott sold 2 million copies of her five novels. Adam Croft’s last book “Her Last Tomorrow” sold over 150,000 copies in 2016 and he has now signed to Amazon’s Thomas & Mercer. The most famous story is that of James Redfield, author of his controversial book The Celestine Prophecy who sold 100,000 copies from the boot of his Honda, and was subsequently signed by Warner Books (selling 20 million copies worldwide).

WHY THE MAN BOOKER MUST CHANGE…

So if an independent author can publish a book every bit as good (or better) than the big publishing houses, should it change to include indy authors too?

As a third of the 100 best selling ebooks are now self-published, and Amazon’s Kindle offers 4 million titles, the self-published author has to be taken seriously by the literary establishment.

The Man Booker should be open to any work that meets its requirements and high standards. Of course a high star rating on Amazon doesn’t necessarily mean that the book is work of literary genius, but are the Man Booker judges so blind as to not be able to see past the logo of a publisher in order to find the good of the book within?

…AND WHY IT DOESN’T MATTER

The Man Booker is indeed the most prestigious award for fiction, but there are many more out there. I recently reached the finals of the UK Novel Writing Competition and I was rather pleased with that! Awards are always nice and industry recognition can go a long way in selling books and making writing a viable career for a writer.

However, it isn’t the end of the world if it doesn’t happen. It is okay for a book to be a commercial success but not recognised by an award, just as it is okay for a book to be published and reach low sales despite good reader reviews. A writer writes because they have to: writing is their way of life, their true calling and an itch that must be scratched. There is no other alternative than writing, and if their work can be appreciated and perhaps even sell a few copies along the way then that is the real reason why good books will always be written, no matter which route they take to publication. Some of the happiest moments of my writing career are when a stranger comments that they really enjoyed my book, and that is enough reward to keep me going.

Thanks again for reading, and good luck to all those fellow authors out there who dream of success.